Niedersachsen opens its US Representation in Chicago

Minister Olaf Lies visited the USA with a delegation of around 60 representatives of Niedersachsen's trade, industry and science. At a conference on the first day of the journey American and German companies seized opportunities to discuss Industry 4.0 and mobility issues and make new contacts, and in the evening celebrated the opening of Niedersachsen's new Representation in the USA.

The conference on 13 March, ‘Mobility Goes Digital: The Future of Mobility Technologies’ provided a setting for over a hundred German and American companies to exchange news and views on trends, best practice, and experience in automobile industry. Presentations by enterprises in the Digital Manufacturing and Design Innovation Institute illuminated the topic; it was plain that companies on both sides of the Atlantic are often faced with similar challenges by the march of digitalization. Minister Lies’s introduction of Niedersachsen as the ‘Land of Mobility, Energy and Digital Enterprise’ was followed by two panel discussions on ‘Mobility Technology’ and ‘Smart Manufacturing’, with strong input and questions from the German delegation and the American participants. At the networking event afterwards, delegation members made new contacts and deepened existing business relations.

Inauguration of the Niedersachsen US Representation

Speakers at the official opening of the Niedersachsen Representation in Chicago followed by a networking reception were Herbert Quelle, German Consul-General in Chicago, Mark Tomkins of the German American Chamber of Commerce of the Midwest, Deputy Governor of Illinois Leslie Munger, and Larry Turner, President and CEO of Hannover Fairs USA. Minister Olaf Lies presented the new Representative Aryan Zandieh with a white porcelain Niedersachsen Steed.

Objectives of the new Representation are business location marketing and company acquisition for Niedersachsen in the USA, and support for Niedersachsen companies looking to enter the US market in close cooperation with the German-American Chamber of commerce networks.

The Representation office is at the headquarters of the Deutsche Messe AG subsidiary, Hannover Fairs USA. Representative Aryan Zandieh is German-Iranian. Born in Teheran, he grew up in Göttingen and studied in Göttingen and Nottingham, UK. He has lived and worked in the USA since 2008. 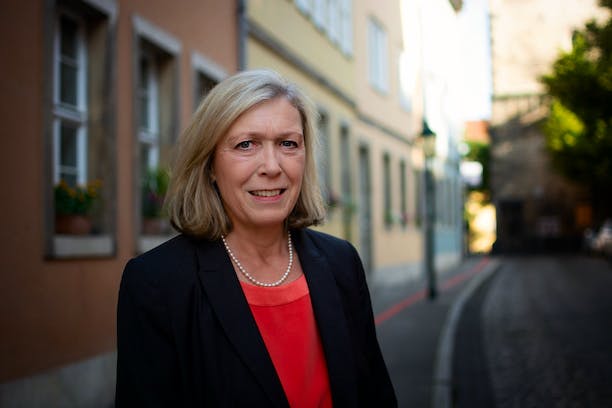 Over 20 delegation participants seized the opportunity of the 3-day conference of the Pacific Northwest Aerospace Alliance (PNAA) in Lynnwood near Seattle,USA, to extend and deepen contacts with component suppliers and manufacturers.

Enter foreign markets with our support.